Guided by the above mode and path, Shenzhen took the lead in exploring green and low carbon and has made outstanding achievements. Shenzhen has issued the Medium and Long-Term Plan of Shenzhen for Low-Carbon Development (2011-2020), delimited China’s first ecological control line and launched China’s first carbon trading market. It is one of the Chinese cities with the highest economic output per unit area and with the most powerful capability of innovation and entrepreneurship, and it is also China’s largest and most powerful city in terms of the scale and clustering of the emerging industries of strategic importance. Its carbon emission per RMB10,000 GDP is of the lowest level among China’s big cities, its per capita carbon emission intensity has been lower than that of Singapore and Taiwan and its air quality has steadily kept the best among the 19 cities at vice-provincial and above levels. “Shenzhen Blue” has become its beautiful green card. III. Clean energy providing convoy for low-carbon development. During the “12th Five-Year” period, Shenzhen further reinforced the introduction of natural gas, external power and other clean energy, accelerated the development of new and renewable energy sources, comprehensively carried out the project of “changing oil to gas” for the original oil-fed generators, and accumulatively shut down 1.758 million kilowatts of small oil-fed generator units. Since the “11th Five-Year” period, Shenzhen has shut down about 2.88 million kilowatts of thermal power units, overfulfilling the shutdown task given by the state.

In 2010-2015, in the structure of primary energy consumption, coal and oil consumption continued dropping, the proportion of clean energy such as natural gas and electric power increased by 6.7%, and Shenzhen’s energy consumption structure had been continuously optimized. By the end of 2015, Shenzhen had newly constructed about 5 million kilowatts of clean energy such as nuclear and gas power and its total installed capacity had been up to 13.06 million kilowatts, in which the installed capacity of nuclear and gas power accounted for over 85%. The proportion of clean power supply drastically increased to 90.5% of all the power consumption in Shenzhen, doubling the average level nationwide.

IV. Making efforts to develop low-carbon industries. In 2016, Shenzhen’s added value of the primary industry was RMB629 million, a drop of 3.7%; its added value of the secondary industry was RMB770.043 billion, a growth of 7.0%; and its added value of the tertiary industry was RMB1178.588 billion, a growth of 10.4%. In the recent 5 years, it has eliminated and transformed more than 16,000 low-end backward enterprises. In 2016, Shenzhen realized the added value of RMB784.77 billion in the emerging industries of strategic importance, a growth of 10.6% and accounting for 40.3% of its GDP, and it has become the largest and most powerful city in terms of the scale and clustering of the emerging industries of strategic importance. The energy consumption per unit industrial added value was 0.598 tons of standard coal in 2005, 0.492 tons of standard coal in 2010, and 0.241 tons of standard coal in 2015, showing a steady downtrend. The proportion of such decline had accumulatively been up to 59.70%, which was higher than the decline of energy consumption per RMB10, 000 GDP and illustrated that Shenzhen had made notable achievements in the development of the low-carbon industry as a whole.

As one of the first demonstration cities for the application and promotion of new-energy automobiles, Shenzhen has become the city with the highest ownership and use volume of new-energy automobiles in the world and in 2014, won the “Global Urban Traffic Leader Award in the“C40 & Siemens City Climate Leader Award”. As at July 31, 2017, Shenzhen has accumulatively promoted 14695 purely electric buses, representing a purely electric rate of 90%. Except for a small number of non-purely electric buses serving for emergency transport capacity, it is predicted that 100% of buses in Shenzhen will be purely electric in September 2017. Shenzhen has constructed a total of 176 public transport charging stations and 3354 charging piles, and 1265 charging piles are under construction, and it has set up the Shenzhen Demonstration Base for Application of New-Energy Automobiles in the Public Transport Industry at the bus charging station of Futian transport junction. Shenzhen has promoted 7030 electric taxis, accounting for 30.58% of the total number of taxies operating in Shenzhen, and by the end of 2020, all the taxes will be updated as electric automobiles.

Shenzhen has taken the lead in the construction of green port. As at August 31, 2016, all the 429 gantry cranes at the Port of Shenzhen had been driven with electric power or hybrid power, which thoroughly changed the situation of high oil consumption and high pollution from RTG. Shekou Container Wharf has become the first global port that promotes the use of purely electric automobiles at the port area. 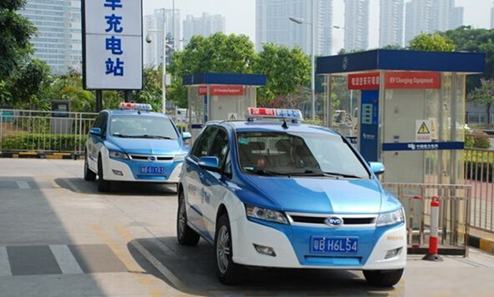 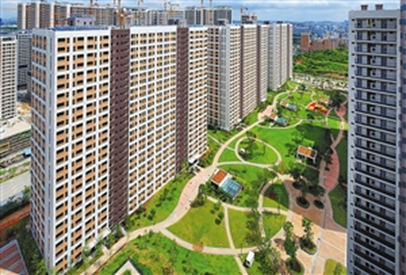 As at May 2017, Shenzhen has applied for 187 energy performance contracting projects for energy-saving renovation of public buildings, and has completed 167 of them and renovated an area of more than 8.62 million m2. The area of buildings using solar hot water has exceeded 24 million m2, and the solar photovoltaic installed capacity has been up to 48 megawatts in Shenzhen.

VII. The coordinative effect of ecological environment becoming notable. In 2005-2016, the daily mean values o f SO2, NO2 and inhalable particles in the air of Shenzhen had presented a downtrend on the whole. Its air quality had been at the best level among the big cities in the Chinese mainland, and Shenzhen blue had become a normal. In 2016, the mean concentration of inhalable particles (PM10) and fine particles (PM2.5) in the air of Shenzhen was respectively 42 micrograms/m3 and 27 micrograms/m3. The number of days when its air quality index (AQI) was up to National Grade I (excellent) and Grade II (good) was 354, with the excellent and good rate being 96.7%. The number of the dust-haze days continuously dropped, and it was 27 days in 2016, a drop of 160 days than in 2004, representing a drop rate of 85.6%.

VIII. The demonstration effect of low-carbon pilot becoming prominent. As the flagship project for China-Europe sustainable urbanization cooperation, Shenzhen International Low-Carbon City (ILCC) was officially launched in 2012. In 2014, Shenzhen ILCC became one of ten models for China’s new-type urbanization and won the “2014 Sustainable Development Planning Project Award” jointly sponsored by China Center for International Economic Exchanges and the US Paulson Institute. It became the only project that won this Award. With the advantages in its low-carbon development mode and due to its replicability and generalizabilty, the project has got recognized in the field of low-carbon ecological city (district) planning. In 2015, Shenzhen ILCC was selected as one of the first national pilot low-carbon cities (towns) and ranked No.1 among the 8 pilot cities (towns). Since 2013, Shenzhen ILCC Forum been has consecutively held for five sessions and aroused great echoes at home and abroad. X. Preliminarily fostering the low-carbon atmosphere among all the people. Shenzhen has many organizations related to low carbon. In November 2016, Shenzhen Green Building Association held the Green Building Exhibition themed with “Green Guidance and Innovative Construction” at the 18th China International High-Technology Achievements Fair. In October 2016, Shenzhen Carbon Emission Right Exchange and other institutions held the Second National “Two-Innovation” Week for low-carbon public good publicity activities and the low-carbon public good event themed with “Carbon Road for All People”. The urban residents participating in the “Carbon Road for All People” could obtain low-carbon credits through low-carbon actions and ways such as travelling by public transport or on foot. In March 2017, the Green & Low-Carbon Development Foundation together with Shenzhen Human Settlements and Environment Commission, Shenzhen Education Bureau and Shenzhen Committee of China Communist Youth League jointly held the “2017 Environmental Protection Festival for Teenagers”, which attracted the involvement of about 1200 persons. This event set up many environmental protection publicity projects to convey the low-carbon life concept by combining education with recreation. 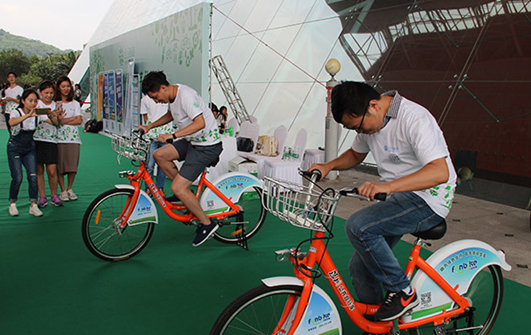 Picture 9: Public Good Event of “Carbon Road for All People” at 2017 Environmental Protection Festival for Teenagers