Being the first in the world to put a hydrogen fuel cell tram into operation marks a major breakthrough for China in the field of new energy rail transit. Hydrogen fuel cell is a global mainstream technology for clean energy development and utilization. Based on the reverse process of electrolysis of water, hydrogen fuel cell can generate electricity through the direct electrochemical reaction between hydrogen and oxygen while maintaining high energy density, low noise and no pollution. During power generation reaction, the temperature of a hydrogen fuel cell will be kept under 100 ℃ and no oxynitride will be produced because the only thing it discharges is water, indicating that it is a real "zero emission" technology. 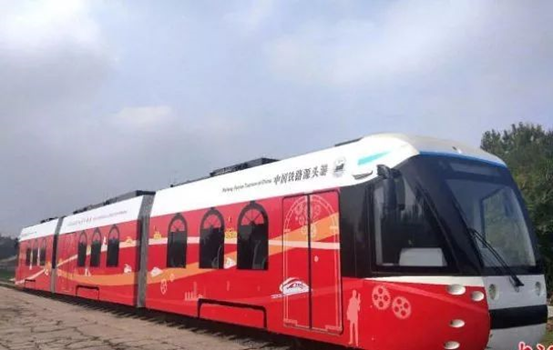 After more than four years of research, CRRC Tangshan Railway Vehicles Co., Ltd. finally made world's first breakthroughs in a series of key technologies including fuel cell/supercapacitor hybrid traction and control etc. By developing trams that has no pantograph and catenary components, which fills the gaps in the field, CRRC Tangshan Railway Vehicles Co., Ltd. has achieved true "zero discharge" of pollutants and full "contactless" operation.

According to responsible persons from CRRC Tangshan Railway Vehicles Co., Ltd., a hydrogen fuel hybrid tram consists of 2 moving carts 1 drag cart and 3 grouping carts, with a total of 66 passenger seats and a maximum capacity of 336 passengers. The grouping arrangements and carrying capacity of the tram can be adjusted according to operational needs. In addition to keep moving at top speed, this tram can also charge its super capacitors and batteries through its fuel cell and brake energy recovery system upon braking and stops, which helps it to achieving an energy recovery rate reaching around 30%. 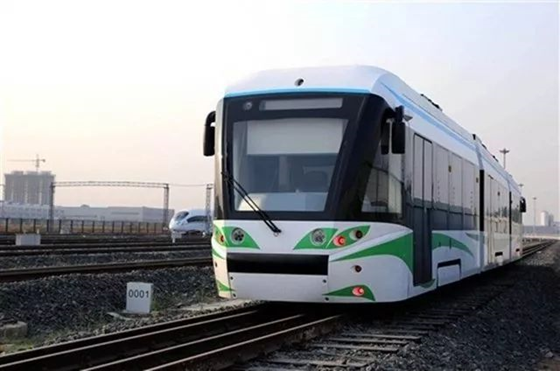 It is reported that the industrial tourism routes of Tangshan use hydrogen fuel cell trams which eliminate the need for catenary, third tracks and charging piles and facilitate the complete preservation of the original appearance of the 100-year old Tang Xu railway. Using the world's most advanced 100% low floor technology, the tram does not require any platform as its floor is only 35 cm above the track surface; with a minimum turning radius of only 19 meters, the tracks can be laid along the existing city roads and the tram can stop and dock at surface level, making it easy for passengers to board. The total length of the tram line is 13.84 km and one fast hydrogenation of the tram only takes 15 minutes. Each tram can achieve a sustainable driving distance of 40 km and a maximum operating speed of 70 km.

Tang Xu railway has a history of 136 years. In order to establish industry-based tourism and make full use of the "Birthplace of China Railway", "old industrial base" and other attractions, Tangshan City has built Tangshan industrial tourism routes out of its three "original train lines of China's railway" that connects to many famed sites including Tangshan South Station, Kailuan Mining Park, Qixin 1889 Industrial Park and South Lake Air Shaft etc.