The "Going East Strategy” Forum --- Breakthrough and Innovation of Shenzhen Development Model is in process. 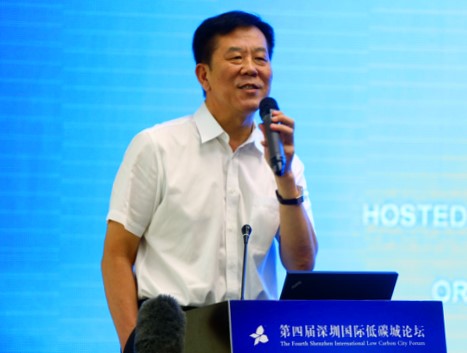 Tang Jie, former vice mayor of Shenzhen, said that Beijing, Shanghai and Shenzhen were part of the few cities with increasing efficiency of investment. Shenzhen has made notable achievements in innovation considering the number of international patents awarded and other indicators. Implementation of Shenzhen’s "Going East Strategy” is a key step in the course of Guangdong and the entire China's cities toward modernization. 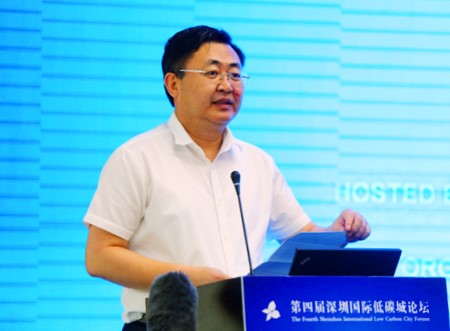 Wang Hongbin, director of the Shenzhen Municipal Development and Reform Commission, delivers a speech at the forum.

Wang added that as the coordinator of the strategy, the Shenzhen Municipal Development and Reform Commission understood that it is an arduous but glorious mission, so it would review inputs from all stakeholders and take strong measures to facilitate the implementation of the strategy.

Nie Xinping, head of Luohu District, noted in his speech that Luohu is positioned to "integrate with the east, and serve the east in Shenzhen's "Going East Strategy,” and Luohu's opportunities are mainly "led by consumption" and "develop through innovation."  It would create a brand-new comprehensive consumption chain and develop the "Greater Wutong Belt of Emerging Industries." Nie added that Luohu was preparing to build a private international league city university.

Dr. Ni Pengfei, director of the City and Competitiveness Research Center of the Chinese Academy of Social Sciences, suggested that Shenzhen should examine potential risks and pay attention to "urban disease" and industrial transition, though Shenzhen ranked the first among Chinese cities in terms of comprehensive economic competitiveness. Implementation of the "Going East Strategy” creates an opportunity for Shenzhen to improve its competitiveness while evade urban disease.

Ni believed that it is a market law that multiple centers appear naturally when a city expands beyond the reasonable size, and the number of urban centers depends on the total population and transportation condition of the city. He suggested that Shenzhen should take into account the strategic layout of Guangdong and the Pearl River Delta and drive the development of eastern Guangdong in implementing its "Going East Strategy.”

It is important to create a network of towns in eastern Shenzhen in light of the region and the whole city, and give priority to public services and infrastructure to motivate the inflow of population and industries, according to Ni. He stressed the necessity of institutional arrangements, as implementation of the "Going East Strategy" should be supported by reforms of the public financial system and administrative performance appraisal.

Professor Ding Li, director of the Competitiveness Research Center of the Guangdong Academy of Social Sciences, delivered a speech titled “Shenzhen Going East and Innovation of Development Model.” According to Li, Shenzhen's "Going East Strategy” was not a simple relocation of the city’s internal resources. Instead, considering the city’s current status, it required breakthrough and innovation of Shenzhen's development model.

Dr. Qu Jian, vice president of the China Development Institute (Shenzhen, China), proposed in his speech that Shenzhen should upgrade Longgang and Pingshan --- two sub-centers into a third city center, the eastern center of Shenzhen, in order to boost a balanced development with a multi-center structure and the co-development of infrastructure in Dongguan, Shenzhen and Huizhou.

“Implementation of the ‘Going East Strategy’ should be planned from perspectives of the whole country, the province and the city. We should not only look at objectives for the next five years but also for the long term," said Yuan Yicai, researcher of the Shenzhen Academy of Social Sciences.