A few days ago, Mr. Xie Zhenhua, China Special Representative for Climate Change, said that China would bring forward a “Bridging Plan” at the World Climate Conference to be held in Bonn early November with an aim to resolve differences in the current negotiation and strive to fill the leadership gap left by America.

“We will present a Chinese plan at this conference. With a view to resolving differences in the current negotiation, Chinese government will bring forward a “Bridging Plan”, said Mr. Xie Zhenhua at the recent government press conference. 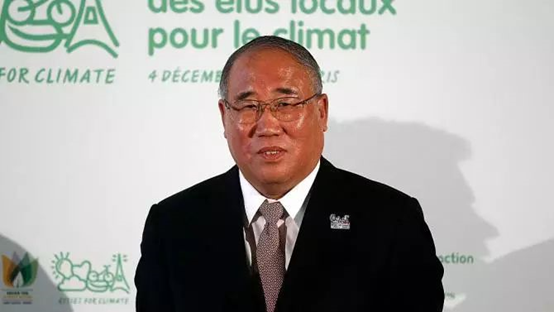 “The United States has previously made contributions in dealing with climate change, but the newly built government’s declaration of its withdrawal from Paris Agreement will somehow affect the international community’s confidence in response to climate change,” said Mr. Xie Zhenhua. Of course, we still have great confidence and determination in the whole process. We believe that this tendency is irreversible.” When many countries are prepared to attend the World Climate Conference to be held in Bonn, a city in the east of Germany, Mr. Xie Zhenhua’s declaration represents China’s latest efforts to shape itself as a new leader in striving to slow down the pace of global warming.

Since this June when President Donald Trump of the United States decided to withdraw from Paris Agreement, China has strengthened its commitments to the response to climate changes. At the 19th National Congress of the Communist Party of China, the General Secretary Xi Jinping repeatedly stressed in his 3-hour ground-breaking speech that China should become a “leader” in environmental protection.

According to foreign media, “now, the top leaders of Chinese government have definitely decided the keynote – green, peaceful development. China is pushing forward its domestic energy system transformation and is dedicated to fulfilling an ambitious diplomatic task of driving the global climate agenda.” According to Financial Times, China was expected to introduce a national carbon emission trading mechanism in 2018. Taking the carbon market of EU as a model, this mechanism is aiming to gradually achieve the objectives of “emission reduction”.